Religion and Festivals of Jehanabad

Bihar and religion are simply inseparable. Bihari people are very proud of their religious beliefs & customs. People of Jehanabad too are no different. Here each important Hindu festival is celebrated with lot of exuberance and passion. Diwali, Holi, Maha Shivratri and Makar Sankranti are some of the important Hindu festivals that are waited with bated breath by people of Jehanabad.

However, it is traditional festival of Chhath Puja that is celebrated with immense fervor by people of Jehanabad as well as people of rest of Bihar. Chhath Puja is a four day festival that is dedicated to worshiping of Sun, as a thanks giving to Sun god for sustaining and preserving life on earth. Chhath Puja is a festival that is unique only to people of Bihar, Jharkhand, U.P, M.P and other few northern states. During celebration of Chhath Puja most of Bihar including Jehanabad comes to complete standstill. People go to nearby river to take bath before the sun set and to humbly bow down in front of the Sun God.

People of Jehanabad speak local ‘Magahi’ language. Bhojpuri and Maithli are other two languages spoken in this area though not on large scale. Most of the people consider Magahi as dialect of Hindi, which is not true. In fact Magahi is derived from ancient Indian language Magadhi Prakrit, from which Hindi language is itself believed to be derived from. And since Magahi and Hindi are derived from the same source, they are pretty similar to each other. So if you’re a tourist or planning your first visit to Jehanabad then you shouldn’t much worry about language barrier provided you know little bit of hindi.

While most of the interior areas in Jehanabad district adhere to very traditional & conservative dress code like sarees, kurta and dhoti, people in main Jehanabad city though have become adaptable to western attires like shirts, trousers and trendy salwar kameez. Nonetheless, western attires worn here is still very moderate in fashion and style. As in here you’ll hardly spot anyone wearing a trendy jeans or any woman draped in skirt or mini skirt. Over all Jehanabad, like most other districts of Bihar, is very traditional and conservative when it comes to costumes.


Art and Sculptures in Jehanabad 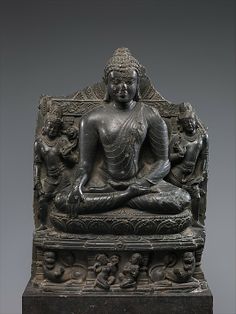 Jehanabad may not have its own unique art form or sculpture, but it is nonetheless home to innumerable Buddhist and Hindu sculptures which lay hidden beneath the land of Jehanabad for many centuries and were excavated only few decades back. These sculptures and cravings are mostly located in & around famous Barabar caves and are very much integral part of Jehanabad’s cultural heritage. In fact making religious sculptures is a still very popular phenomenon in Jehanabad, but hasn’t been exploited & harnessed by local and state authorities.


Folk Dance and Music in Jehanabad

Jehanabad doesn’t have its own unique folk dance and music. However, few of the folk dances that were originated in Bihar state itself are very much popular in this part of the world. This includes Kajari songs (song sung to welcome monsoon season) and Jhijhian Dance (another rain harvest dance). This folk music and dance related to rain harvest season may be popular in Jehanabad because agriculture being the predominant occupation here.